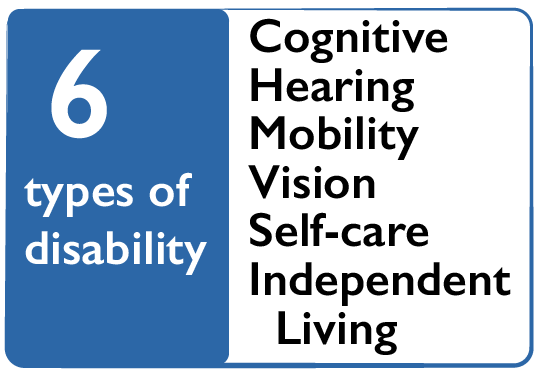 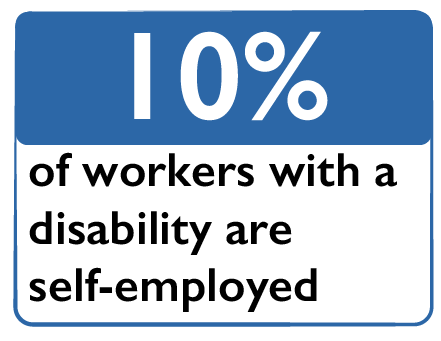 Percentage of US Adults with a Disability

Disability is something many Americans, especially younger people, think can affect only the lives of other people. Tragically, thousands of young people are seriously injured or killed, often as the result of traumatic events. Many serious medical conditions, such as cancer or mental illness, can affect the young as well as the elderly. The sobering fact for 20-year-olds is that more than 1 in 4 of them will become disabled before reaching retirement age.

Senator Tammy Duckworth is an Iraq War Veteran, Purple Heart recipient and former Assistant Secretary of the U.S. Department of Veterans Affairs who was among the first handful of Army women to fly combat missions during Operation Iraqi Freedom. Duckworth served in the Reserve Forces for 23 years before retiring at the rank of Lieutenant Colonel in 2014. She was elected to the U.S. Senate in 2016 after representing Illinois’s Eighth Congressional District in the U.S. House of Representatives for two terms.

Daniel Inouye was born and raised in Hawaii. In 1942, he enlisted in the U.S. Army’s 442nd Regimental Combat team, made up of soldiers of Japanese ancestry. After losing his right arm in battle in 1945, he was honorably discharged in 1947, earning a Medal of Honor and a Purple Heart, among other awards. He became Hawaii’s first congressman when it became a state in 1959. In 1962, he was first elected to the U.S. Senate, where he served for almost 50 years.

Jim Langevin was the first quadriplegic to serve in the U.S. House of Representatives. At 16, he was injured while in the Boy Scout Explorer program working with a local police department. He was hit by a bullet and paralyzed when a gun accidentally discharged. Inspired by the community support he received, he decided to enter public service. In 2000, he was elected to the U.S. House of Representatives. 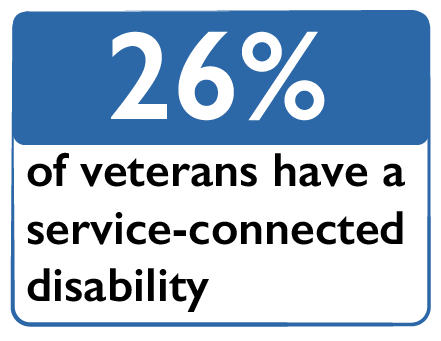 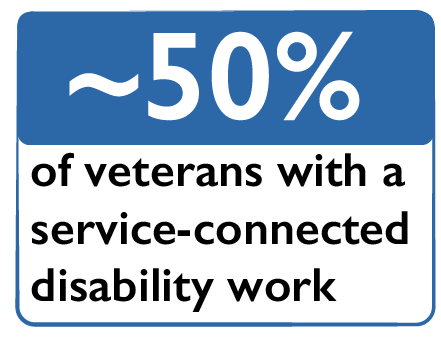 Percentage of US Veterans with a Service-Related Disability

Reasonable accommodation is any modification or adjustment to a job or the work environment that will enable a qualified applicant or employee with a disability to participate in the application process or to perform essential job functions. Reasonable accommodation also includes adjustments to assure that a qualified individual with a disability has rights and privileges in employment equal to those of employees without disabilities.

In 1990, President George H.W. Bush signed the Americans with Disabilities Act (ADA) into law. Modeled on the Civil Rights Act and Section 504 of the Rehabilitation Act, the ADA stems from collective efforts by advocates in the preceding decades and is the most comprehensive disability rights legislation in history.

In 2010, on the 20th anniversary of the signing of the Americans with Disabilities Act, President Barack Obama signed Executive Order 13548 – Increasing Federal Employment of Individuals with Disabilities. This directive calls on federal departments and agencies to increase the recruitment, hiring and retention of people with disabilities.

“As a nation, we must continue to promote inclusion in the workplace and tear down the barriers that remain—in hearts, in minds, and in policies—to the security and prosperity that stable jobs provide and that all our people deserve. And we must actively foster a culture in which individuals are supported and accepted for who they are and in which it is okay to disclose one’s disability without fear of discrimination.”

See our faculty and student research on disability.