Special Collections & Archives print collections showcase the work of notable military leaders, defense analysts, scholars, and diplomats who have been part of the NPS community. Collections may include artifacts such as awards, photographs, textiles or other items of significance.

Explore a selection of individual finding aids below. Search across all available finding aids.

Claude A. Buss (1903-1998) was a distinguished scholar and diplomat who, later in his life, served as a professor at NPS. He was in the Foreign Service in China in the 1930s and was the executive assistant to the U.S. High Commissioner in the Philippines when the Japanese invaded. He was interned then repatriated to the U.S. in 1943. After the war, Buss was a professor at Stanford University, the National War College, San Jose State University and the Naval Postgraduate School. His collection includes his China scrapbooks, WWII documents, news clips and scholarly articles.

Ed Deutschman (1923-2017) was an aviation cadet in Battalion 14 of the Del Monte Pre-Flight School in 1943. He later flew Corsairs from the USS Intrepid (CV-11) in the Pacific Theatre during WWII and led the air attack on Okinawa on April 1, 1945. During a 2011 visit to the Dudley Knox Library, he contributed his World War II flight suits and survival gear, worn when he led the air attack during the invasion of Okinawa. His gear can be viewed today in the NPS Welcome Center in Herrmann Hall.

Richard Hamming (1915-1998) was one of the world’s most distinguished computer scientists, best known for his work in coding and information theory (Hamming code), digital filers (Hamming spectral window) and numerical methods. He was director of the Manhattan Project computing facility and later, at Bell Labs, introduced error-correcting codes and performed pioneering work in operating systems and programming languages. He was an NPS computer science professor from 1976-1998. His collection includes papers from 1947-1997 and scientific medals and awards such as the Piore Award, Turing Prize and IEEE Hamming Medal. Finding aid in process.

Wayne Hughes was a retired Navy captain and internationally recognized expert on naval tactics. He was an NPS professor at and Dean of the NPS Graduate School of Operational and Information Sciences. Hughes supervised thesis work by several dozen students including notables such as Michael Mullen, who became Chief of Naval Operations and Chairman of the Joint Chiefs of Staff. His collection includes personal notebooks from his student days at the Naval Academy and NPS and journals from his sea commands. Finding aid in process.

This collection consists of documents related to NPS graduation/commencement ceremonies.

The NPS Biographical Collection is a growing file that includes records from the early years of the institution to the present. It includes photocopy and original articles, audio and visual media, correspondence, memoranda, newspaper clippings, notes and newsletters, pamphlets, photographs and negatives, reports, speeches, and technical reports.

Sidney O’Neil was an aviation cadet in Battalion 6, Company L, Platoon 2 of the Del Monte Pre-Flight School. His collection includes course handouts, handwritten class notes and letters to his family. O’Neil later flew Avengers from escort carriers in the Pacific Theatre during WWII.

Earl E. Stone (1895 – 1989) was a Naval Postgraduate School alumnus who served as the school’s superintendent from 1955 to 1958 and retired with the rank of Rear Admiral.  The collection includes photographs, newspaper clippings, official Navy documents, articles, and other assorted papers. date from 1941 to his retirement in 1958, as well as photographs from almost all of Admiral Stone’s postings after the attack on Pearl Harbor, including the USS Wisconsin (BB-64), Training Command, Pacific Fleet, and the Naval Postgraduate School. 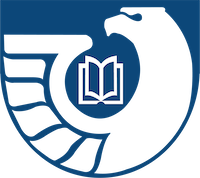